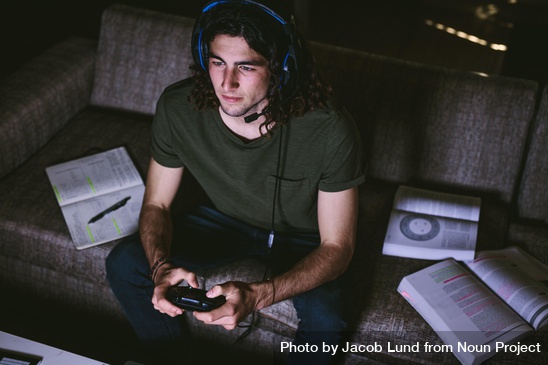 In-game advertising is not new and has been the bread and butter for mobile games. The difference is that now technology has advanced to a point where in-game ads on console games can be bought and sold programmatically, as easily and effectively as they can be on the web. That is a new revenue stream for games and one that console manufacturers are now beginning to focus on. Microsoft and Sony have both said they are investing in advertising technology and tools to create in-game advertising solutions for brand partners.

One of the biggest concerns is measuring the effectiveness of those in-game ads which is more difficult than on mobile titles. This is where the IAB came in and developed standards to get this new medium on par with the rest of the current digital media ecosystem. This is a positive sign and shows that in-game ads are here to stay. As time goes by, we expect to see more advertisers spend in the space.

In a joint collaboration between IAB, IAB Tech Lab, and the Media Rating Council (MRC), IAB has released its Intrinsic In-Game (IIG) Measurement Guidelines to establish updated measurement guidelines for ads that appear within gameplay. Those measures include, among other analytics:
Incorporating new advertising formats beyond two-dimensional and video, particularly as it relates to viewability within in-game environments
Defining in-game measurement terms (impressions, reach/frequency, and engagement) to align with broader cross-channel measurement efforts

That last point is important, as it provides parity with the other mediums in which advertisers choose to buy ad slots. The IAB also hopes to begin including gaming ad spend data in its forecast reports, in order to provide a more comprehensive look at how gaming fits into the overall advertising landscape.
Gamers are gradually becoming more tolerant of in-game ads. Mostly because of the exposure to free-to-play games that have always been monetized through ads. But it’s also because of the advancement in games where ads can be inserted into games in a more native way.

According to Anzu, an in-game advertising platform, “…70% of UK gamers and 75% of US gamers are positive or neutral towards in-game advertising, with two-thirds of respondents saying they would welcome more in-game advertising in games, recognizing its importance for game developers as a reliable revenue source. … participants often stated…that in-game ads enhanced the gameplay experience, with realistic billboards, signage, and other branded objects…. Many gamers in the surveys also offered one crucial lesson for brands and game publishers – in-game advertising content must be as relevant as possible to the game environment.”

The new guidelines and standards are an important step for advertisers, agencies, and game publishers who want to include — and measure — in-game ads alongside other digital channels and ad formats.
As gaming matures, this will help agencies and brands navigate the opportunities to determine the most impactful placements and formats to achieve business goals