The marketing world is going crazy after the latest news about IDFA removal. On the annual Worldwide Developers Conference conducted on 22 June 2020, Apple announced that iOS 14 is about to bring many curious twists to the iOS fairy tale. One of them is an end to IDFA or identifier for advertisers in iPhones.

First off, let us break it down for you. The identifier for advertisers is a special tracking tool created and used by Apple to connect potential buyers and advertisers. It’s like cookies but less problematic.

Whenever a user sees an ad and clicks on it, this gets documented by IDFA. Here’s the thing – IDFA can access personal data such as location or a phone number. Then, IDFA informs an advertiser that a user has clicked on a certain ad. This way, a user becomes a target for marketing gurus and has all the chances to become a buyer.

How does an advertiser benefit from IDFA?

Advertisers who opt for iOS apps development have skin in the marketing game. According to Statcounter, iOS has a 25.26% share of the global mobile operating system market. This means that 1 out of 4 people in the world is an iPhone user.

Such a giant market share explains why iOS application developers are so sought after by headhunters. Advertisers know the drill and have long been using IDFA to attract clients and boost sales.

Apart from tracking the user’s location or identifying their phone number, IDFA can also measure marketing effectiveness, provide the users with targeted ads, monetize ads, device graphs, do retargeting, and establish the target audience for any business. Sounds irresistible, doesn’t it?

This is what iOS users are sure to see after installing iOS 14. Every app is going to ask permission to track personal data and use it to create personalized ads. Some people speculate that only up to 20% of iOS users will likely to “Allow Tracking”, given its frightening content.

Is it good or bad? No one can answer for sure. The one thing that we know is that IDFA is not turned on by default anymore. iOS users are now free to choose whether they want to give out their personal info to ad companies or not. After all, isn’t the users’ privacy a priority for Apple?

Is Apple going to replace IDFA?

Since IDFA is not a hot commodity as it was before, Apple is likely to come up with a brand new way of solving the mobile marketing riddle. Have you heard anything about SKAdNetwork

SKAdNetwork is Apple’s answer to both the iOS users’ and advertisers’ needs. This is a privacy-friendly ad network that does pretty much the same as IDFA did but without any personal data leaks.

When a user comes across some interesting and relevant ad and ends up tapping on it, an advertiser receives information about what ad campaign was noticed by a user. If this ad is so helpful that a user opens or installs a mobile application, SKAdNetwork receives an install validation postback.

This way, an advertiser gets to know what works the best and what doesn’t in ad campaigns, whereas Apple doesn’t expose its users and remains safe and sound in legal respect. This is certainly a win-win, friends!

Apple knows how to shock users and marketing experts. IDFA was an important step in mobile marketing development, but, apparently, it’s time to rest. Well, maybe target advertising needs to be revised and updated (considering iOS users), but mobile marketing is sure to survive this hard blow.

Will Mobile Marketing Survive without IDFA by Apple? 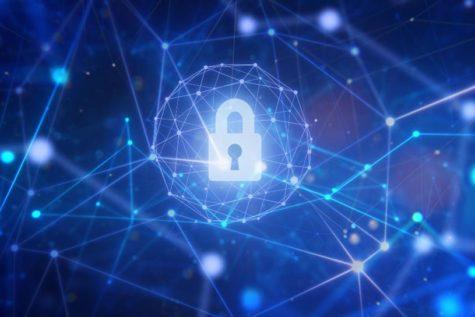